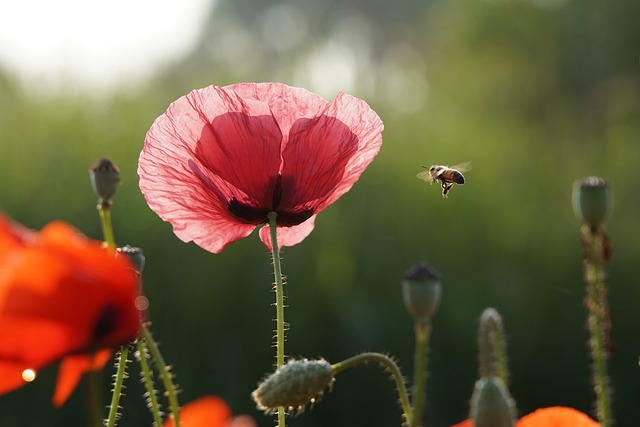 Though they may sting if provoked, there is no denying the importance of bees, not only for their delicious honey: honey bees alone pollinate ~80% of flowering plants, allowing over 130 species of fruits and vegetables to survive. Unfortunately, as humans continue to degrade the environment, many species of bees are on the brink of extinction and, once they go over that cliff, there is no bringing them back. With every bee species that goes extinct, a myriad of other organisms suffer as well: the plants that depend on those bees for pollination, the animals that eat those plants, and the humans that farm those plants.

Although the best course of action would be to prevent more bees from going extinct by attenuating climate change, researchers at Harvard’s Wyss Institute have been preparing for the worst. Since 2009, they have been working to develop RoboBees. These bee-inspired drones are less than half the size of a paper clip and weigh a tenth of a gram, making them no bigger than a chubby bumble bee.

The RoboBee project is broadly split into three components. The Body describes the mechanical tasks of making such a small drone fly autonomously. The Brain corresponds to all the sensors that mimic eyes and antennae of a bee, allowing the drone to sense and respond to the environment in real time. The Colony describes the effort to enable thousands of RoboBees to coordinate effectively, so that scores of them can be sent out to pollinate a field as needed.

The RoboBee is powered by solar panels that send ~120 milliwatts (less than what is needed to power a single Christmas light) to its four wings, which can flap up to 500 times per second. It has taken years of trial and error to get to the point where “[y]ou can hit [the RoboBee] when it’s flying, and it can recover,” according to MIT Assistant Professor Kevin Yufeng Chen. At first, the researchers used a hard, yet fragile, ceramic material to make the shell of the RoboBee, but they have found that soft materials that mimic biological muscles are much more resistant. Remarkably, the RoboBee is also able to swim and perch on surfaces, just as a bee would.

While the initial purpose of the RoboBee was to supplement crop pollination, its elegant structure lends itself to many functions. Its small cost-effective form would be well-suited to pollinating large fields of crops, searching for missing people in remote regions, as well as monitoring weather, climate, and environmental changes.