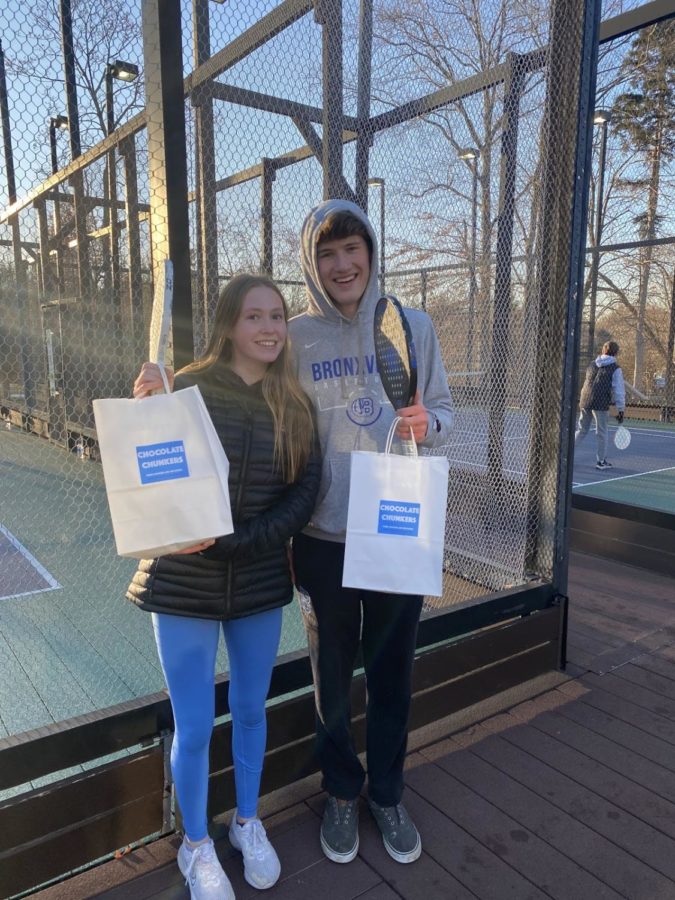 Champions Eleanor Clifford and Owen Atkeson with their well-earned cookies.

During the pandemic, our Bronxville, Eastchester, and Tuckahoe communities needed a sense of unity more than ever. Realizing this, the teens of the Youth Community Fund (YCF) stepped up to host a community fundraising event while raising thousands of dollars for local nonprofits in the process.

The YCF is a youth-run organization that works in the BET area. With the leadership team split into four groups – Community Service, Fundraising, Public Relations, and Grants & Evaluations – the YCF hosts different events to provide community service opportunities to local volunteers and raise money for local nonprofits.

The paddle event was planned over the past two months by the Fundraising Team, working in collaboration with The Community Fund. With a turnout of 50+ teenagers (and a few adults who helped put it all together), it was a major success.

The “Paddle Party” was hosted on February 6th at Siwanoy Country Club across the four paddle courts. With music, free food & drinks, and teens eager to play, the courts were abuzz with excitement. Through a few competitive matches and a round-robin tournament, each randomly matched pair of participants had the chance to play against everyone.

“It was just fun to get out of the house and play paddle with my friends. Of course, the fact that it is all for a good cause makes it even better,” said Aidan McBride, a junior at Bronxville High School.

At the end of the tournament, juniors Owen Atkeson and Eleanor Clifford emerged as the champions. The prize? Chocolate-chip cookies from Chocolate Chunkers, a boutique bakery run by Michael Knox, a freshman at Bronxville High School.

Overall, the event raised $2,000. This money is just a small part of the year’s worth of fundraising earnings that will be distributed as grants to local nonprofits in March.

As a member of the Fundraising leadership team, my co-chairs and I would like to thank Dave O’Shaughnessy for his help organizing the matches as well as Siwanoy Country Club for lending us their paddle courts. A huge thank you to Cece Heraty and Katie Shah, the representatives from The Community Fund who helped put this all together. And finally, a big shout out to all those who attended and generously donated to the cause. This event would not be possible without you!

If you would like to donate to the YCF (every penny counts!), visit our GoFundMe here.