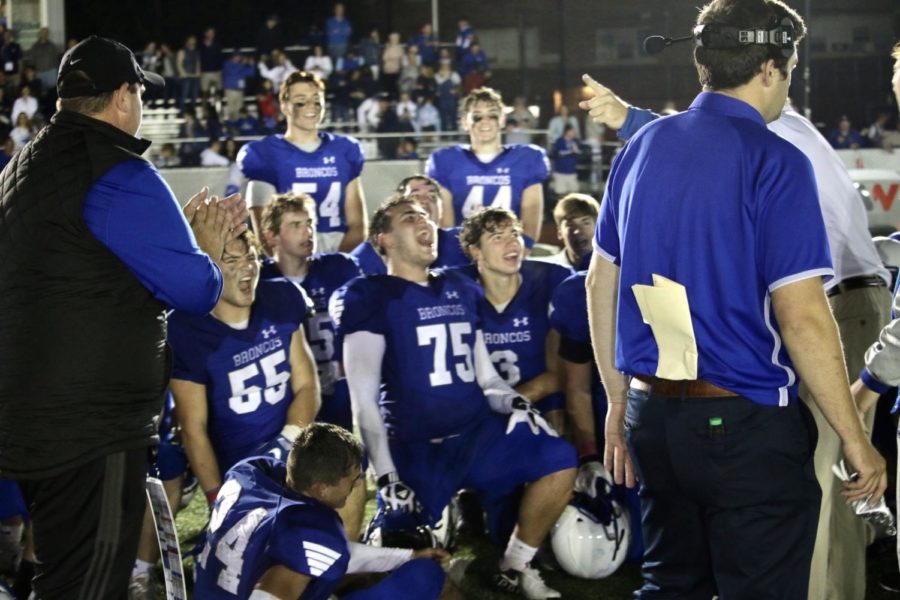 It is now November and the fall 2021 football season has come to an end. It was a great season for the Broncos as they finished 4-3 in the regular season. The team finished 2nd in the North division and earned a first ever home playoff game in Class B. They ended up playing Ardsley at home on Saturday, October 30th with bleachers packed with Bronco fans. The team started off strong. On their first offensive drive, quarterback Conor O’Neil ran in for a rushing touchdown. Later in the half, senior Tommy Garafalo scored a rushing touchdown and were winning 14-0 at halftime. Our defense was playing great, letting up zero points, Chris Lockwood got an interception right before the half while Ardsley was driving down the field. However, in the 3rd quarter, Ardsley scored 20 unanswered points and were leading by 6 points. But after Ardsley scored, on Bronxville’s next offensive drive, Conor O’Neil threw a 40 yard touchdown pass to Chris Kelty to tie the game. However, Ardsley was able to drive down the field and kick a field goal with 5 seconds left and Bronxville ended up losing. It was a heartbreaking loss but an amazing season because the bond that this team created can never be broken. 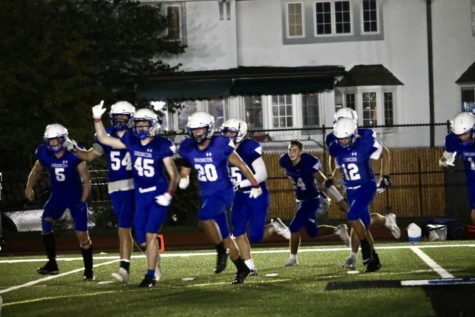 The head coach of the Varsity team is Patsy Manganelli. The assistant coaches are Coach Henderson, Coach Fagan, Coach O’Neil, and Coach Nunez. Our team was led by captains Tommy Garafalo, Chris Kelty, Conor O’Neil, Spencer McCormick and Preston Maze. The seniors on the team were Tommy Garafalo, Chris Kelty, Conor O’Neil, Spencer McCormick, Preston Maze, Gene Rooney, Danny Reilly, Hunter Morris, Andrew Knox, Eglis Gjonpalaj, Patrick McGinley, Ben Hackett and Teddy Dolan. Even though the Broncos are losing several seniors next year, the team has a bright future ahead of them with a lot of talented players. Go Broncos!