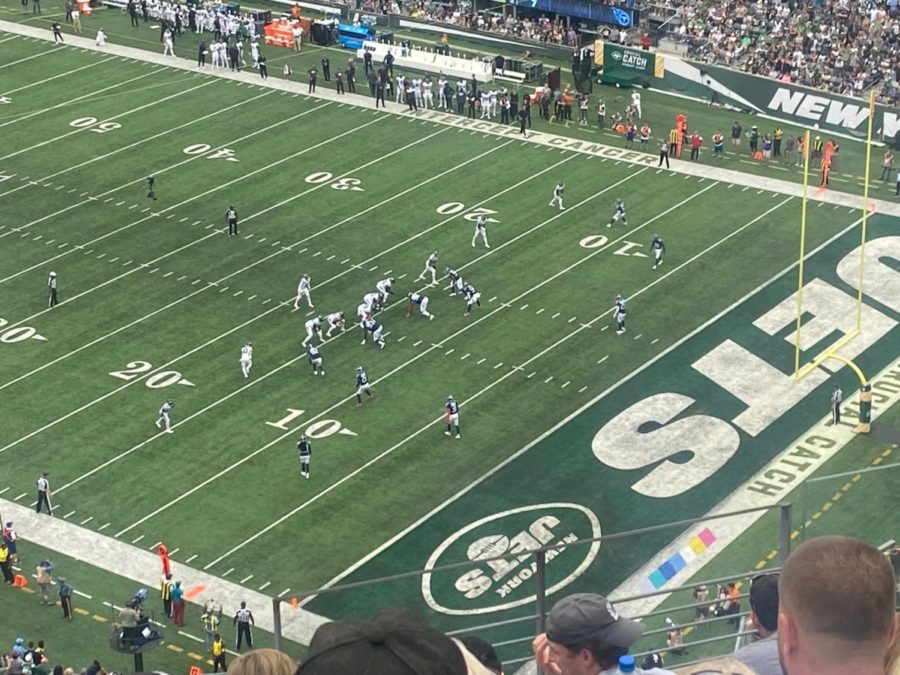 It’s that time of the year again! The NFL is back and there are many storylines to look at during this past offseason and as the season progresses. What happened this offseason? Do Stafford and the Los Angeles Rams have the goods to be the best in the NFC? Do Patrick Mahomes and the Kansas City Chiefs still have the firepower to maintain their dominance? So many fascinating stories that are sure to keep fans, like me, on the edge of our seats. Both conferences (NFC and AFC) had major shake ups within them via free agency and the draft that could play a major role in this upcoming season.

In the NFC, arguably the most notable acquisition has to be Matthew Stafford being traded from the Detroit Lions to the Los Angeles Rams in an exchange for quarterback Jared Goff, 2 first round picks, and a third round pick. Stafford has always been a solid quarterback in the NFL ever since he was drafted by the Lions back in 2009, but his play and accolades often get overshadowed by the fact that, frankly speaking, the Lions have always been a bad team as they have only made the playoffs once during Stafford’s tenure. Stafford going to the Rams and being paired with Coach Sean McVay will certainly make them a strong contender in the NFC and throughout the league. They are my pick to win the NFC this season, but not that far ahead of the Buccaneers who won the NFC last year and who returned all 22 starters from their Super Bowl winning team from last year.

I also want to acknowledge some notable controversies that occurred within the Seattle Seahawks and Green Bay Packers. The Seattle Seahawks have been one of the most consistent teams in recent years and have won a Super Bowl (should be two if only they had run the ball) under the reign of quarterback Russell Wilson. This offseason, Wilson and the Seahawks front office experienced some turmoil as they were both not on the same page over the direction and future of the franchise. Wilson felt that he was being disrespected by the front office and that they were not investing enough in the offensive line to protect him as Wilson was the third-most sacked quarterback in 2020. Wilson was very public about his discomfort with the organization. However, this issue was eventually resolved and Wilson is poised to have another strong year with the team.

Future Hall of Famer and last year’s MVP, quarterback Aaron Rodgers, also felt that he was being disrespected by his team’s front office. Arguably, this rift started with the drafting of quarterback Jordan Love in the first round of the 2020 draft, which shocked Rodgers and the entire NFL World. Rodgers shook this off, and if anything used this as motivation, to propel the Packers to the NFC Championship and win MVP honors during the 2020 season. Following the conclusion of the season, Rodgers ghosted the Packers and made it clear that he had an issue with the organization. He was vacationing in Hawaii, Hosting Jeopardy!, playing golf with Phil Mickelson, Tom Brady, and Bryson Dechambeau, and even hinting at the idea of retiring from the sport. Eventually, Rodgers caved in and returned to the team this summer, but is continuously indicating that this will be his last year with the Packers; conjuring up visions similar to those of the 1997 Chicago Bulls when players like Michael Jordan and Scottie Pippen made it clear that it was going to be their last year with the team. Will the Packers have a similar result of winning a championship? Only this upcoming season will reveal that.

Shifting gears to the AFC, I believe that the Kansas City Chiefs are still the team to beat. Obviously, they are coming off a disappointing end to their season as they were trounced by the Buccaneers in the Super Bowl, but they still have all of their tools to be successful. Patrick Mahomes is the best player in the NFL. If I were drafting an NFL team and I could choose anyone from the league, I would pick Patrick Mahomes in a heartbeat. Ever since Patrick Mahomes took over for Alex Smith as the starting quarterback for the Chiefs in 2018, he has been virtually unstoppable with a Super Bowl win, 2 Super Bowl appearances, and an NFL MVP during the early onset of his career. Weapons like tight end Travis Kelce, running back Clyde Edwards-Helaire, and wide receiver Tyreek Hill along with head coach Andy Reid have allowed Mahomes to prosper and already be considered one of, if not the best player in the league. In my opinion, the Chiefs are and will be the best team in the AFC this upcoming season, however, teams like the Buffalo Bills, Los Angeles Chargers, and Baltimore Ravens, all with young Quarterbacks, will definitely have something to say about that.

Most importantly, I’m excited for a “normal” year of football in terms of having fans return to the stands. The addition of fans in all NFL stadiums will surely bring back the football environment and culture that was just simply not there last year. Even if you are not watching the game in person, you can still feel the raw emotions of the fans and players through the TV that makes football and all sports so special to watch. It’s going to be an awesome year and I’m excited to watch every minute of it.