The Bronxville Girls Varsity Lacrosse season is off to a great start with a 4-0 record. This year’s cohort is a force to be reckoned with. Seeded No. 3 entering this 2021 season, the team has already taken down Suffern (No. 1) and John Jay-Cross River (No. 2), in addition to Henry Hudson, North Rockland and Somers.

They made their debut on April 28, 690 days after their last game on June 8, 2019. Despite the prolonged wait since they last played, the Broncos never let their guard down. From the moment the clock sounded to signal the start of their season opener against Henry Hudson, they played as if their season had never been disrupted. They then faced North Rockland and came out as victorious with a decisive 15-7 victory. 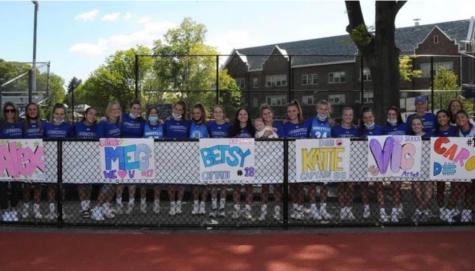 Following their 15-7 win against North Rockland, Bronxville was next up against No. 1 Suffern in a game they were projected to lose. The Broncos were neck-to-neck with Suffern for most of the game, but managed to pull ahead. They closed out the game with a score of 10-8 for the Broncos. This game was pivotal in boosting the team’s confidence, paving the way for more success on the field. 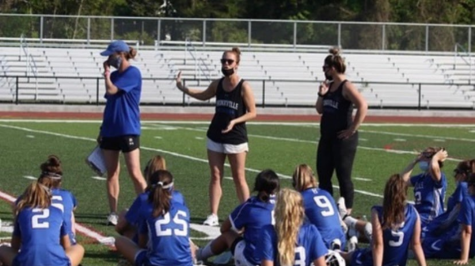 Two days after their win against Suffern, Bronxville GVL was up against No. 2 seed, John Jay-Cross River. Having won against the No. 1 seed, the Broncos knew they were capable of beating this team. This game was no easy feat, however. Besides competing against a well-coached and well-trained team, they had to make adjustments following the injury of Bronco senior captain Alex Doukas. Doukas, a Division I lacrosse commit and crucial player on the team, injured her right knee while the score was 9-6, with time still left on the clock. The Broncos won the game 10-7, proving their grit as a team.

On May 8, the Broncos continued their winning streak, beating Somers 14-12. If they continue to perform outstandingly as they have been, they will be on track to reclaim the Section 1 Title. We look forward to seeing Doukas back on the field once she recovers.