Science in School: A Cure for the Common Cold? 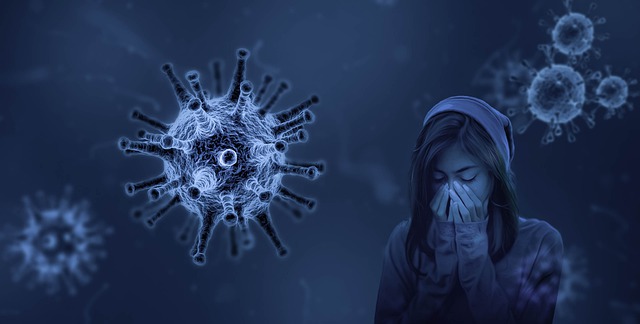 Everyone has had a cold. Everyone has endured the constant coughing and stuffy noses and sore throats and sickly sneezing. Everyone has been told, “Stay hydrated, sleep well, and you’ll be better soon!” only to be sick for another two weeks. But what if simply turning off a protein can cure a cold? Instead of trying to eliminate the virus itself, scientists are trying to prevent the virus from reproducing in humans.

The cold is usually caused by rhinoviruses and transmitted through skin contact, saliva, contact with infected surfaces, and infected air. Rhinoviruses are not alive as they cannot reproduce without a host, in this case, human cells. When they infect a human cell, they are able to access all of the cell’s machinery and replicate themselves. Microbiologist Jan Carette and his team of researchers at Stanford University School of Medicine have found that rhinoviruses need a certain protein in human cells to reproduce. So, theoretically, if humans didn’t have this protein, the virus couldn’t reproduce and, just like that, there goes your cold. The researchers are looking to create a drug to turn off this protein and eliminate the effects of the common cold.

DNA holds all the information of a cell and genes are sections of DNA that code for functional proteins. Knowing this, the research group used CRISPR DNA-scissors to cut out the genes that code for the cold-enabling protein. After a lot of trial-and-error, Carette identified the cold-enabling protein to be SETD3, known for helping with muscle contractions. The researchers were surprised that such a protein would have a role in virus reproduction. To double-check their results, the researchers injected rhinoviruses in human lung cells without SETD3 and, sure enough, the cold did not develop.

One problem with this solution is that the rhinovirus is only one of the hundreds of viruses that cause the cold; researchers are not yet sure whether eliminating this protein will prevent the reproduction of other cold-causing viruses. Also, colds are very common and very infectious – America has an average of 3 million cold cases annually. This causes the cold-causing viruses to mutate rapidly, so a new strain of the virus may evolve to reproduce without the protein, rendering the drug useless. Additionally, gene-editing is time-consuming, expensive, and may have awful side-effects. To deal with this, researchers plan to create a drug that makes SETD3 appear to be “off” so that it doesn’t interact with viruses or a drug that only kills SETD3 when in contact with the virus. But we’ll have to deal with colds for a while yet because drug development takes a long time. Nevertheless, here’s to the hope for a future without pesky colds!