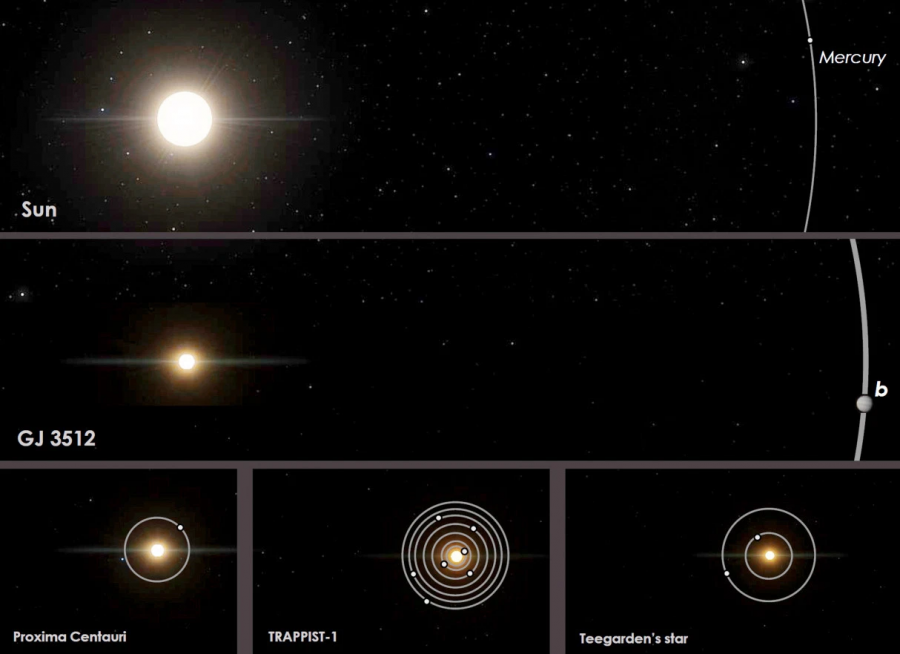 31 lightyears away from Earth (284 trillion kilometers, which is quite close for space), astronomers have found a gaseous planet about half the size of Jupiter. This planet, named GJ 3512b, orbits a star ⅛ the size of our sun. The planet’s name is GJ 3512b because it orbits the star GJ 3512. Scientists have classified the star as a dim M-red dwarf, the most common star, and found that GJ 3512b orbits its sun every 204 days. Even though this type of star is common, GJ 3512b is anything but. Planets the size of GJ 3512b are atypical, especially when orbiting such a small star. The telescopes at Calar Alto Observatory in Southern Spain found that GJ 3512 is about 250 times GJ 3512b’s mass; in comparison, our sun is over 1,000 times the size of Jupiter. Professor Christoph Mordasini, a scientist at the University of Bern, remarked, “Around such stars, there should only be planets the size of the Earth.”

This discovery is making scientists rethink how some planets are formed. Usually, planets form when a star’s gravitational pull pulls dust and debris into a sphere. The sphere of debris grows until the planet develops a gaseous atmosphere. This is called core accretion. Unlike GJ 3512’s system, Trappist-1’s system epitomizes what a solar system around an M-red dwarf should look like. Trappist is 39 light-years from Earth (369 trillion kilometers) and has seven earth-sized planets orbiting it. This leads scientists to believe the Trappist-1 system was formed through core accretion.

Another 600 light-years (five quadrillion kilometers) from Earth, NGTS-1b exists. NGTS-1b is another gaseous planet that is quite large when compared to the M-red dwarf it orbits. Professor Peter Wheatley, from the University of Warwick, noticed that NGTS-1b is not as large as GJ 3512b when compared to their parent stars. In simulations of core-accretion, planets usually formed close to the star while in gravitational collapse models, large planets formed farther from the star. Professor Wheatley explained that “NGTS-1 represents the smallest star that can form close-in planets via core-accretion.” GJ 3512b is also close to its parent star, however – it is only one astronomical unit (150 million kilometers) away from GJ 3512. The research next step is to find out how and why the planet moved from closer to its star after forming far away.

GJ 3512b has an oblong orbit pattern and is usually close to its star. Scientists believe GJ 3512b’s orbit is an oval because there are other giant planets in the system, further from GJ 3512. These additional planets will help scientists learn more about different planet formations.